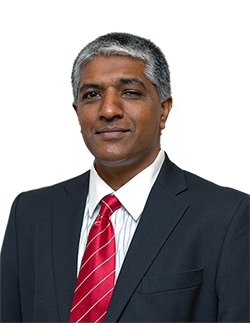 In this session, which is a continuation of last week’s message, Immunity in Identity, Pastor Chris Naidoo delves further into this subject. These two teachings run parallel with the series – Understanding the Satanic Kingdom of Darkness. The approach to the series, as has been mentioned previously, is not to do an in-depth study of the kingdom of darkness, but to first understand the identity and authority of the church of God. The phrase used to express this approach is – Christology before demonology. In other words, we as the sons of God must choose to expend out time, energy, and resources on understanding Christology and our position in Christ i.e. crucified with Him, resurrected with Him, and now seated with Him in heavenly places. Too much time is wasted fighting the kingdom of darkness in a battle that has already been won.

Last week the relationship between identity and worship was introduced. In today’s session, Chris refers to scripture such as the discourse between Jesus and the Samaritan women (John 4) to demonstrate how identity influenced worship – one worshipped on mount Gerizim whilst the other worshipped in Jerusalem, but Jesus said that the Father is seeking those who worship in spirit and in truth. It is only the true sons of God that will be able to worship in spirit and in truth.

One is encouraged to listen attentively to the full session in order to fully grasp these concepts, as well as other scriptures, unfolded in this teaching.